Bat Control and Removal: How Can You Get Bats Out of Your House? 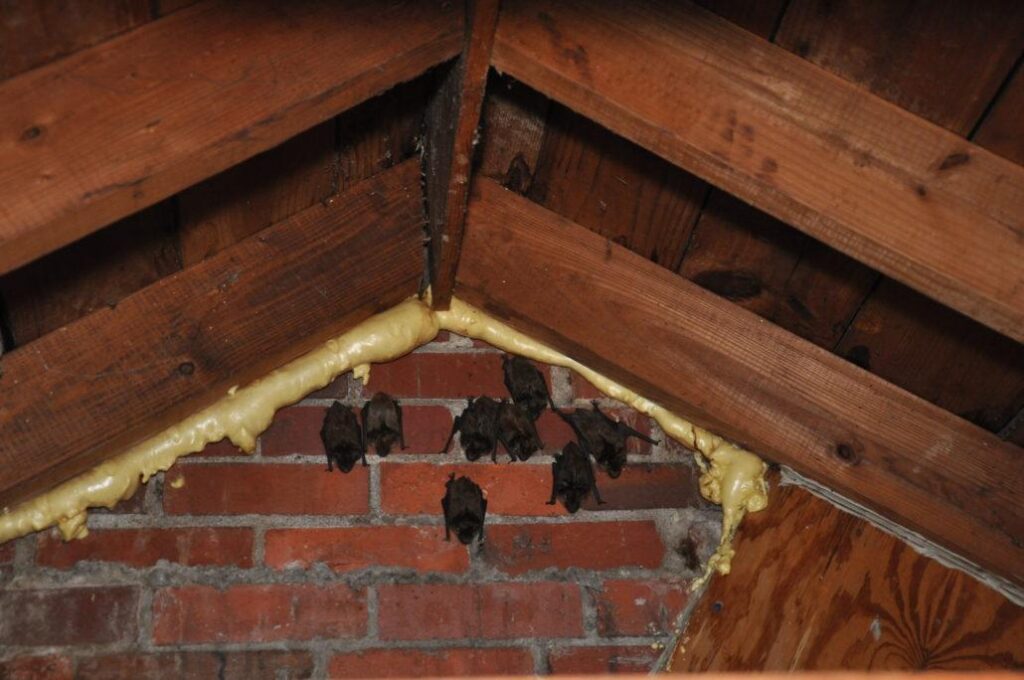 Trying to remove bats from your home or cottage yourself can be dangerous and difficult. The fact that these animals are likely to spread diseases, makes it important to hire a bat control professional.

The bat’s ability as a tetrapod to feed on other animals and kill insects should not be ignored. Bat populations are very dangerous to health. Although pesticides are legal for bats, it can become difficult to control an infestation.

Even though hiring a pest control company is the best way to get rid of bats, some homeowners may not be able to afford it. If you are one of those people, you can get rid of bats in many ways.

What Is Bat Control?

Bats are the best at protecting buildings from infestations, and the best time to bat-proof the building is at the end of the hibernation season.

You can look outside your house at dusk to see what bats come in and leave. Common access points include going through roof vent doors or under facia walls. All cracks and holes should be sealed with sealant or steel wool. Pay attention to holes within structures that lead to secluded places such as attic spaces and belfries.

What Types of Bats Are Found In Canada? 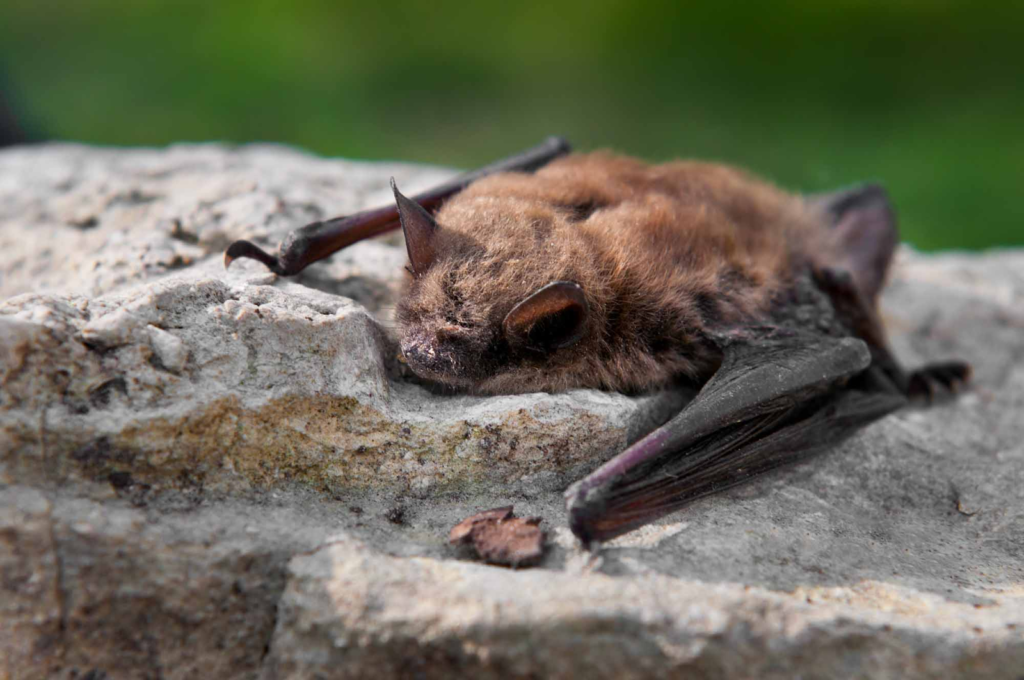 Canada is home to two types of brown bats. The most well-known bat is the little brown bat (Myotis Lucifugus), weighing around nine grams and measuring 22-27 centimeters. Little brown bats are among 19 bat species found in Canada. Its fur is glossy brown and is just 8 to 10 centimetres long. The big brown bat is found across the southern part of Canada (including BC, Alberta, Saskatchewan, Manitoba, Ontario, Quebec and New Brunswick), Colombia and Venezuela as well.

The big brown bats live in many different kinds of places, from wooded areas near water to cities. When hibernating, most brown bats need a stable environment, but big brown bats can tolerate a variety of weather conditions. Big brown bats can hibernate in colder, drier, and more exposed places than other species. Because of this, big brown bats are the ones most likely to hang out in people’s homes during the winter.

Bat Removal from Any Part of Your Home

Attic bats can cause serious problems if they are left unattended. Many websites tell you about removing bats on your own, but the truth is that you probably can’t do it yourself without making the bats stressed out or even killing them. If bats live in your attic, the best thing to do is to get in touch with a company for this bat removal service. Also, make sure the bat removal professional follows the law when it comes to protected species, and to make sure the bats are safe while the removal is ongoing.

Bats commonly live in your attic or basement. These animals will be in your attic most of the time because it is warm, quiet, and no one will bother them there. What are your options for removing bats from your attic? Below are details about the bat removal process:

Get Rid of Bat Colonies

Bats are protected by provincial laws and rules that keep some control methods from being used on them.

How to Handle Bats Outside Your House

Bats that used to live in your house can sometimes find a place to sleep outside. There is a good chance that they will either move out of your house or try to move back in. Here are some things you can do to get rid of them:

If you hang mothballs or put them near where bats live, the smell will keep them away. Put at least a cup of mothballs in the cheesecloth and bind it, this will make a sack; proceed to hang it up near a bird’s nest. Try to keep them from returning as often as possible.

You can also scare these bats away by hanging Mylar balloons or long strips of foil near the bats’ resting place. You will see that bats don’t fly near these and stay away from the area.

Bats will be less likely to build a nest outside your home if you use aerosol repellents for dogs and cats. If the bats are out of their nests, pre-spray the area.

Spray Them with Water

Water can be used to get rid of these animals. This will make them mad and keep them from coming back. Get the garden hose and spray these bats with water. They will have to leave, but they won’t get hurt. Since they might still come back, do this as many times as you need to make them stay away.

If you don’t want bats to come into your home, you should keep all doors and windows shut at all times. Bats are known to roost near your home, so you should close every possible entry point when you see them.

There are about 1,500 different kinds of bats on Earth. Only rodents have a wider range of species than bats. There are nearly 2,000 kinds of bats, but one is the scariest.

There are three kinds of vampire bats in the world right now. They are the only living things that eat blood. The vampire bat has been very helpful to people, especially since Draculin, a medicine used to help people who have had a stroke, was made from bat saliva.

These bats have a thermoreceptor in their noses that helps them find the blood that is closest to the skin; this makes feeding go faster. Even though their wings are stronger, vampire bats can run on their back legs too.

Is It Okay to Kill Bats in Ontario?

Bats have become so common that several wildlife groups have joined forces to keep their numbers in check, warn people about the dangers of their declining numbers, and let people know that bats are an important part of the health and well-being of natural ecosystems as a whole.

Bats Get Sick a Lot

People can use bats in many ways, but it is best to stay away from them if you can. Even though bats aren’t usually mean, they can act strangely when they see people. If bats are found in the house, they should be taken out.

Rabies is a serious and deadly disease. It is not, however, the only one. Either directly or indirectly, many human viruses can be traced back to bats. Because bats and humans are similar in many ways, viruses often change to make them more dangerous. This can make it hard to treat retroviruses and viruses that affect the lungs, such as SARS.

Bat poop (a.k.a. bat guano or bat feces) can also spread a lot of diseases. Keep an eye out for bat guano when you are near a lot of it. A specialist should also be contacted if bats are present.

The “crumble test” tells a bat dropping from a mouse dropping (they’re dark and look like rice grains), but it’s easy to distinguish them.

Most of the time, bat droppings build up under the roost and at the points where bats get in and out. Bat poop might be found in the attic or near the eaves of a building. Even though bats are scary, a world without them is much scarier.

People Can Get Bitten by Bat Bugs?

Humans are bitten by bat bugs. Bat bug bites are almost painless, although they leave inflammatory markings on the skin. Although bites can cause redness, irritation, and swelling, bat bugs cannot transmit disease to people.

If your bat infestation continues or if the infestation is growing, it may be worth seeking help. Since the extermination of bats is illegal, pesticide companies utilize the method of exclusion. A simple door can be used to seal primary exit areas for bats. This will enable bats to have a safe exit without any restrictions on their return.

When the bat colony is well-established in the house, bat removal products will not work. An invasive pest can be difficult to eradicate if it has been around for a long time. The bats have been living in a building for so long that nothing you throw at them will make them leave. It would be a good idea to contact a service that gets rid of pests if this is the case.

Make sure you hire a licensed pest control company for bat removal or to get rid of pests. is crucial to follow environmental laws and act ethically.

Give us a call for quality service! 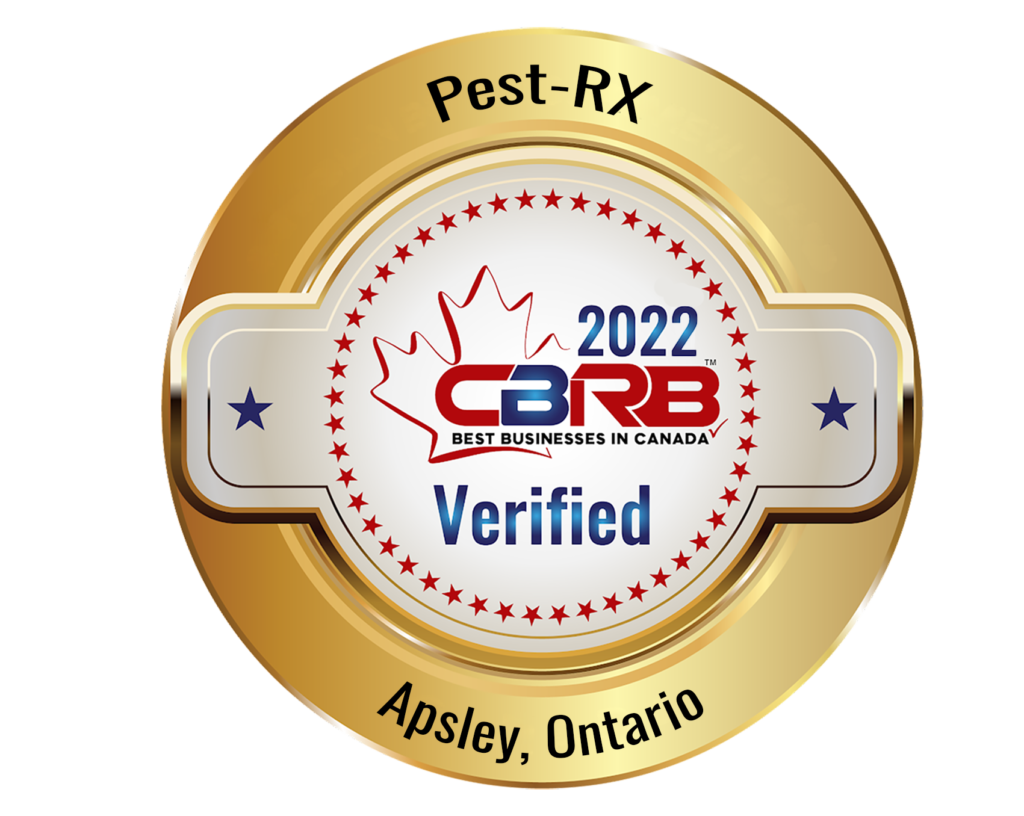